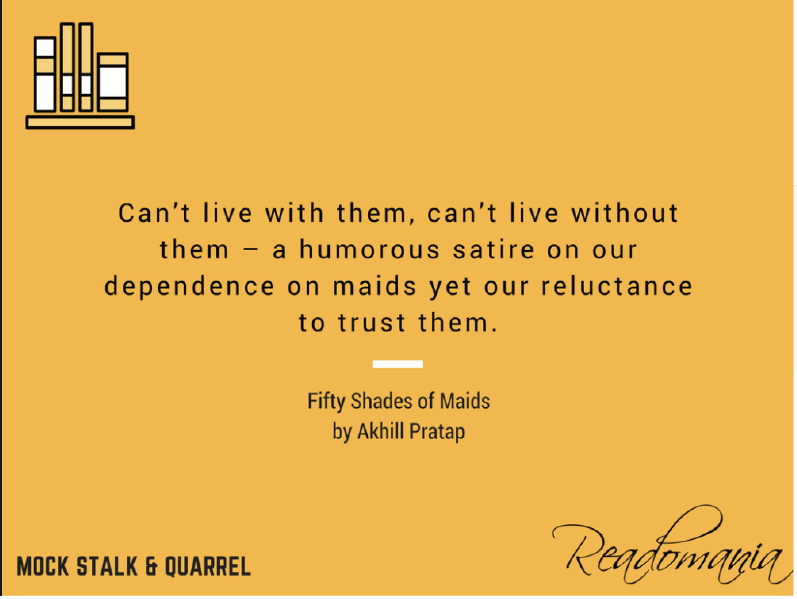 Fifty Shades Of Grey : Grey lived off his necessity-his lady-love,Ana.

Fifty Shades Of Maids : Rhea lived off her necessity-her lady-love,Ana.

Both were equally helpless without Ana. It was only Ana, who could satisfy them enough to lead a normal life. Their world would collapse without Ana. The impact of Ana on both their respective lives, remained the same.

Fifty Shades Of Grey : Ana was a student.

Fifty Shades Of Maids : Ana was a maid.

A short story in an anthology of satire called “Mock, Stalk & Quarrel” by Readomania, launched on November 06, 2016 at New Delhi, followed by at Kolkata, Jaipur, Bhubaneshwar etc.

Grab the book online & offline at stores near you.